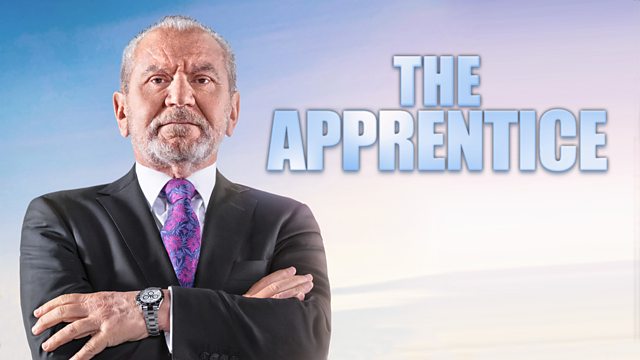 The start of 2023 treats us with a fresh season of the apprentice.

It’s the usual bunch of hungry small business owners with a mix of some dreamers which give us all a good laugh as the weeks go by.

We will try and predict the winner based on our experience watching (We have predicted very well over the years).

Two contestants remain and these are the odds we are putting on them;

Unfortunately bookmakers are no longer able to offer odds on the Apprentice as the show is pre-recorded. This means the winner is already known when the show is being aired.

Whilst most of us will have no clue who will win, it wouldn’t be fair if the bookmakers did find out who won and manipulate the odds in their favour each week.

The best show to bet on right now is Love Island

How to Bet on the Apprentice

Lord Alan Sugar is on the hunt for his next big investment and has put together a series of tasks for contestants to complete in order to win. The Apprentice has been on TV screens since 2005 with a massive list of 14 winners so far across the 13 seasons.

This show is intense and each week at least one candidate gets fired by Lord Sugar in his boardroom. Many people get involved in the show by taking a look at The Apprentice betting odds and cashing in on it. Read our guide on how to do some Apprentice betting if you want to win some cash.

When the apprentice first hits screens, there are a lot of candidates to choose from in terms of who will be the winner. Many people choose to bet on the outright winner right away because of how good the odds can be with so many contestants in the running. Often, the winner can go unnoticed in the large group of contestants as the louder contestants get more screen time. You can place your bet on the winner of the apprentice from the beginning for the best odds or throughout the series as your favourite contestant progresses.

The final of The Apprentice has the contestants narrowed down to two who battle it out with the help of the previously fired contestants for the investment. This might be a good time to place your bet as there are only two people to choose from. However, The Apprentice Betting odds might not be in your favour at this time.

Other bets on The Apprentice include betting on who might be fired each week by Lord Sugar when they get to the boardroom stage. The contestants are also in teams and it is possible to place a bet on which team might win the task on a particular week. There is also a market for the top man or top woman in the process which might be worth betting on if you aren’t sure your favourite candidate will win overall.

Past Winners Of The Apprentice

So far there have been 13 seasons of The Apprentice with winners including Alana Spencer, Leah Totton, Ricky Martin and Tom Pellereau. It is worth noting that in the 2017 season of The Apprentice, Lord Sugar actually invested in two winners meaning that bets were off. Although there is no guarantee that he will do this again, it is interesting to think about when placing your bet.

More About The Apprentice

The Apprentice is very popular with viewers and many tune in to see who the winner of Lord Sugar’s investment will be. The first episode of each season usually airs in October with the final airing around one month later in December. If you are planning on placing a bet on The Apprentice, then make sure to tune into the first episode of the upcoming season.